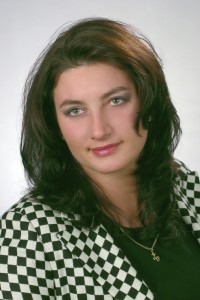 I am a graduate of University of Economics in Katowice, where I majored in Economics and International and domestic forwarding and transport. I was awarded an MSc title with honours on the basis of my thesis entitled “Conditions of Road Transport Functioning in Selected Countries. A Comparative Analysis.”

Since 2003 I have been the President of the Management Board of the Upper Silesian Road Transport Association in Katowice, which associates companies involved in licensed international and domestic road transport (either for their own use or offering their services to other companies).

Over the years, I have held various managing positions in Polish and international transport and have, thus, gained considerable practical experience regarding transport management reinforced by numerous forms of social activism:

2003 – now: Member of Association Cooperation Committee in the “Association of International Hauliers in Poland” in Warsaw. The committee deals with current business regulations and transport-related problems in specific regions of Poland

2005 – now: Delegate for the third term of the “Association of International Hauliers in Poland” in Warsaw.

2007 – now: Chairman for the third term of Silesian Region in the “Association of International Hauliers in Poland” in Warsaw.

2006 – now: Member of the Consultative Advisory Unit at the Silesian Inspectorate of Road Transport in Katowice on behalf of the Upper Silesian Road Haulage Association. The unit discusses the actions of road transport inspectorate, the current problems of transport companies and the interpretation of relevant regulations. Apart from that, it assists and advises hauliers regarding transport-related legal regulations.

2009 – now: Member of the Road Transport Forum, a consultative-advisory platform at the Ministry of Infrastructure which focuses on the functioning of road transport regulations and which discusses drafts of relevant bills.

2012 – now: Member of Transport and Frowarding Committee at the “Association of International Hauliers in Poland” in Warsaw which draws up various documents related to road transport
2013 -now: Member of the Professional Competence Certificate Examination Board at the Motor Transport Institute in Warsaw on behalf of the Upper Silesian Road Haulage Association
2013 – now: Insurance broker for TUiR WARTA S.A.

2014 – now Participant in the Infrastructure Committee in Sejm, representing the public

Silver Badge of Honour “ awarded by the „Association of International Hauliers
in Poland” in Warsaw” for the distinguished service for the association.
Awarded: 9.10.2012
ID nr S/057